A talk on Wilfrid Owen 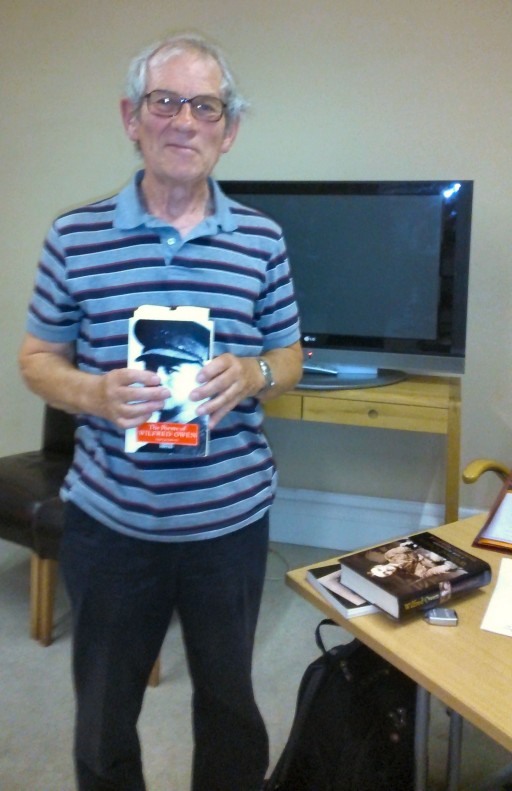 We were delighted to be given the opportunity to share Dr Roger Kendall’s insights into the short life of Wilfrid Owen; in particular the months he spent in Ripon in 1918, where he celebrated his 25th and final birthday. Whilst based at the nearby army camp, the young poet rented a room in a cottage in Borrage Lane and took advantage of its quiet location to write many of his best known works. These included A Tear Song, School Mistress, Arms and the Boy, Futility, Mental Cases and The Send-off, all of which Roger read to us, making frequent reference to local sources of information that he had discovered during the course of his research.

The question and answer session which followed Roger’s talk provoked a lively discussion. Topics covered included the influence of Siegfried Sassoon, Owen’s relationship with his Welsh mother and the fact that most of his poems were published after his death. We could only speculate sadly on what might have been achieved if Wilfrid Owen had not been killed just one week before the Armistice.