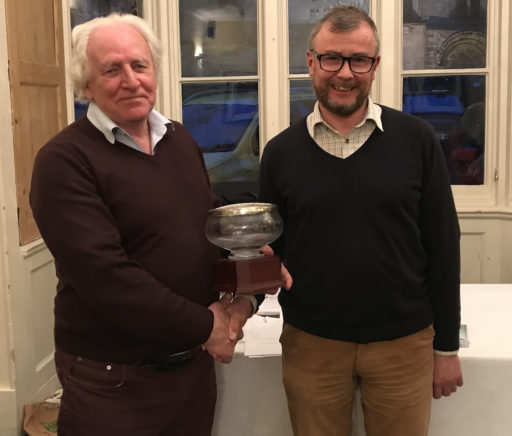 Drystone Radio interview with our President 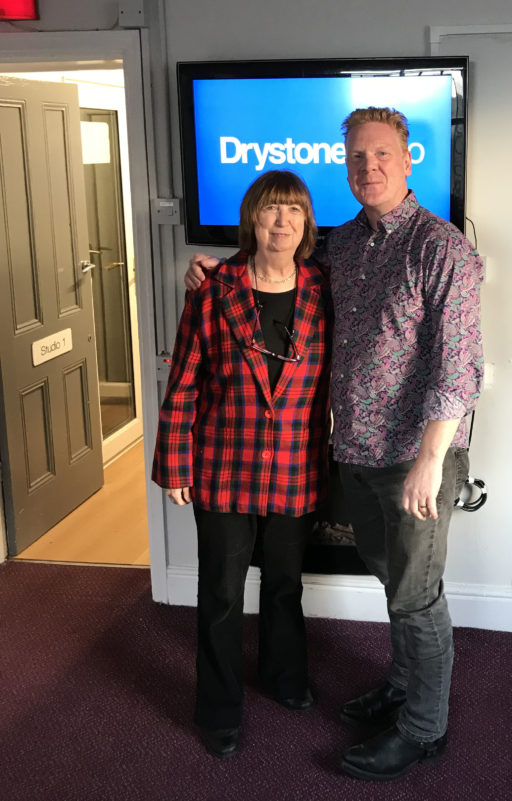 Here’s Maggie last night with David Driver of Drystone Radio, just before recording an interview for his Writers’ Bookshelf programme. They ranged over all kinds of topics – including some of her books, obviously – and David played a few of her favourite tracks as well. Altogether, it was a very relaxed and enjoyable experience.

Drystone Radio broadcasts on 103.5FM to South Craven and the Yorkshire Dales providing a local resource for information, events and great music. A podcast of Maggie’s interview will be available for three weeks from drystoneradio.com/ondemand. 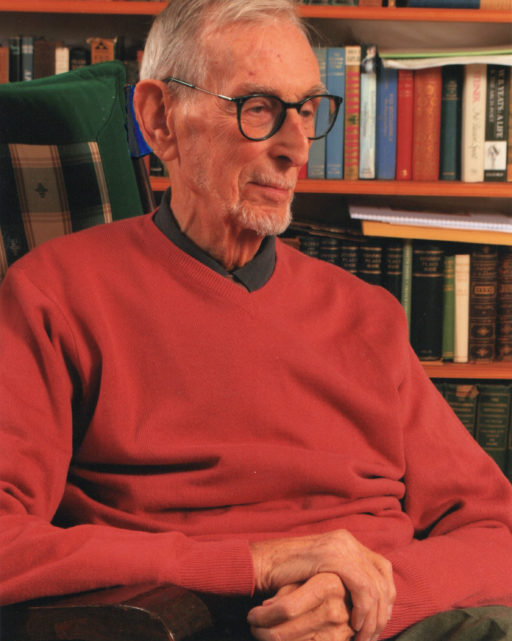 As well as being a fine poet and devoted family man, David passed on his love of English literature to generations of students.

David will be very much missed by all of us at RWG but especially perhaps by the members of the poetry group. It was fitting, therefore, that a poem he inspired should be read out during his Requiem Mass at St Wilfrid’s RC Church.

You wrote of fragments,
‘a gesture from fragments’,
but as I remember you,
you came complete,
whole.

The entire of you would be
at my disposal
as you listened, reflected,
brought in your thought,
tempered and trained over time

and I would leave
fulfilled.

‘Sense and memory’
(you wrote of your wife Anne)
‘is shaped remarkably
into an accidental permanence’.

Most meetings are accidental,
not many achieve permanence
but, in your smile,
the profile of a crescent moon

illuminating transcendence,
arrived at permanence
in the minds of those of us
who became your friends. 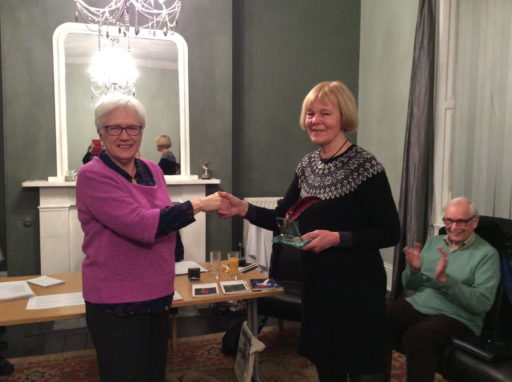 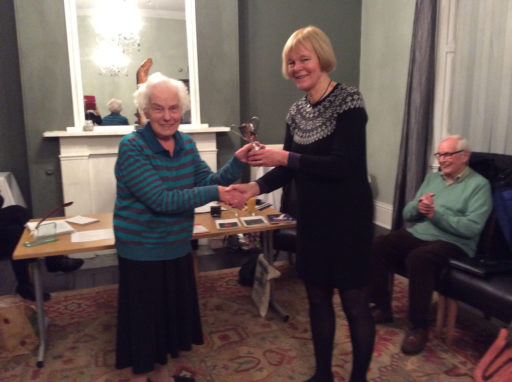 Present: Sheila Whitfield in the chair plus 15 other members

3. Matters arising not dealt with elsewhere on the agenda: none

4. Treasurer’s report and subscriptions for 2018/9: Caroline presented her report, which was accepted, and recommended that the subscription for 2018/9 should be £25. This recommendation was proposed by Phil Cook, seconded by Peter Hicks and passed without dissent.

5. Chairman’s report: Sheila presented her report, thanking those who had made the past year a successful one for the Group. The report was accepted.

6. Election of Committee for 2018/9:
The following names had been put forward:
• President – Maggie Cobbett
• Chairman – Sheila Whitfield
• Vice Chairman – Janet Barclay
• Treasurer – Caroline Slator
• Secretary – Peter Page
• Members’ Member and Competitions Secretary – Susan Perkins
It was proposed by Joe Peters, seconded by Ella Benigno and accepted without dissent that the above should be elected en bloc.

7. Programme suggestions for the coming year:
(a) Sheila made available a form on which members could record their reaction to the events of the past year and propose themes for the coming one.
(b) Susan suggested that a visit to Littlethorpe Pottery on the third Saturday in July would be a suitable subject for the 2019 outing, although it would get away from the ‘literary’ theme. The cost would be £150 for a group of 15, covering a clay pit visit and a pottery demonstration. Maggie suggested that it might be possible to use the visit as a theme for a subsequent meeting and that a booklet of pieces inspired by the visit might be made. These proposals were discussed and accepted.

8. Any other competent business: None

(Note – copies of the Treasurer’s report and the Chairman’s report will be filed with the minutes of the AGM.)

Ripon Writers’ Group was well represented over the weekend.

David McAndrew and Elizabeth Spearman were among the judges for the Festival Competition and two members, Carol Mayer and Maggie Cobbett, were present at the launch to read poems of theirs that had been chosen for this year’s Anthology, ‘The Wheel Turns’. (Copies are available from The Ripon Bookshop on Westgate.) 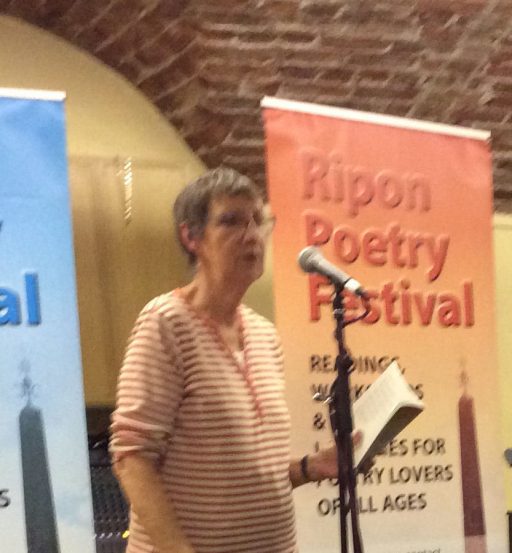 (Apologies for the poor quality of this photo. A better one of Carol will follow.) 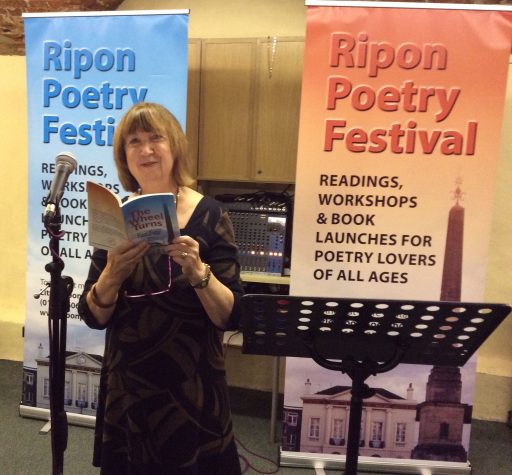 On Sunday afternoon, we had our own session at Thorpe Prebend House, chaired by Sheila Whitfield and Kate Swann. Several members read their own work and, in several cases, poems submitted by those unable to be present. Please click on the images below to see the participants. All were well received by a small but appreciative audience.