Adjudication of the Short Story Competition 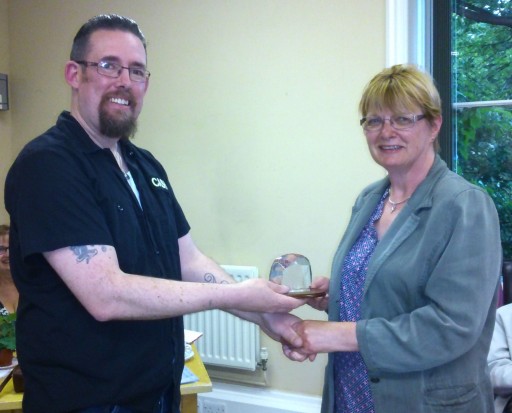 Our adjudicator was local author Steve Toase, a well known figure at open mic nights and literature festivals. With over 50 published stories to his name, Steve was well qualified to judge ours.

After giving us some useful information about finding markets, Steve explained his criteria for a great story and then commented on each entry in turn. In third place, he put Lindsay Trenholme’s Lisette, a story set over two time periods about a pair of paintings and the sinister connection between them. Peter Page came second with Frost on Oak, a story of a marriage influenced by a painting of an oak leaf, and Susan Perkins took the trophy with A Memory: Last, Least, Lost, a story about an 80 year old woman dealing with memory loss.

Jan Maltby thanked Steve for all his hard work on our behalf and invited him to join us at next week’s Literary Allsorts evening at the Golden Lion.