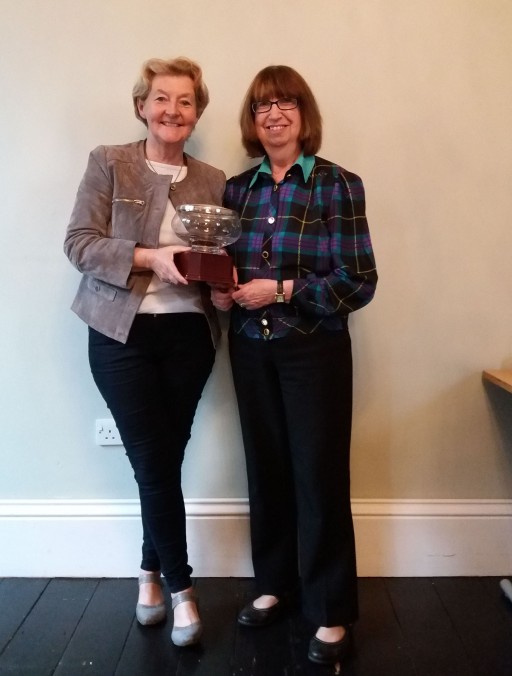 Sheila introduced adjudicator Janet Gleeson, explaining that Janet had had a career in journalism, working mainly as a news journalist in the North East and Yorkshire.

Janet began by saying that, having read the entries, she was pleased to have accepted the invitation to adjudicate this competition. She then confirmed some details of her adult life as a news journalist. Turning to the competition entries she said that she had been looking for something that was an interesting read, that kept the interest going throughout and which held her attention from start to finish. She said that she liked to find passion in the writing. In her own writing she liked to include quotations and suggested that this was something that all writers should consider.

Following her general introduction Janet gave her comments on each of the individual entries.

Summing up she said that, in addition to the use of quotations, the following points were likely to help in making a good article:
• Using personal experiences
• Using research
• Getting all the material down quickly before thinking about polishing it.

Sheila then invited Janet to announce her choice of winners. These were:
• 3rd place – Phil Cook with ‘Lucerne’s Lonely Lion’, a piece about the statue of a lion in Lucerne which commemorates the involvement (with heavy loss of life) of a Swiss contingent in the fighting that accompanied the French Revolution
• 2nd place – Caroline Slator with ‘The Vanity of Small Differences’, a piece about Grayson Perry and his work
• 1st place – Maggie Cobbett with ‘In Praise of Notebooks’ – a piece about her personal passion for notebooks, now and in her schooldays. This came with a side order of reflection on how the attitude of coffee shop management towards writers who commandeer their tables has changed since her youth

There was time before the break for Janet to talk about the way the newspaper industry had changed during her lifetime. She compared her own good fortune – being offered four jobs on completion of her journalism course at Darlington College – with the pressures that face newcomers today.