Adjudication of the Poetry Competition 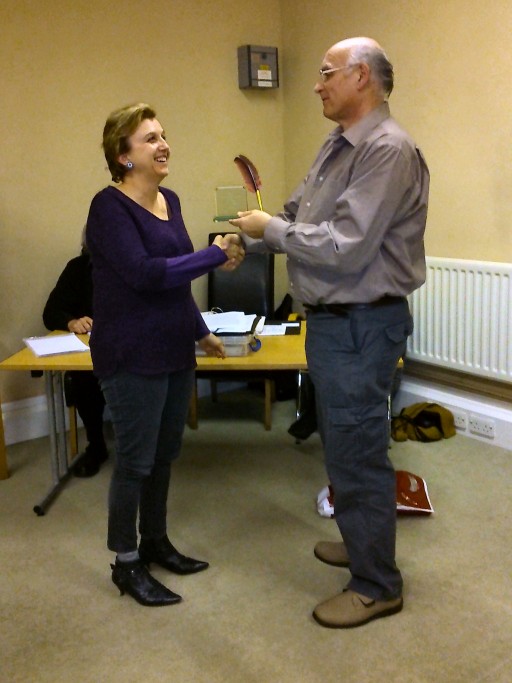 We were delighted to welcome York based poet Alan Gillott, joint proprietor of Stairwell Books small press and co-host of The Spoken Word, as our adjudicator.

Alan began by making some general points about what makes a good poem and recommended testing its effectiveness by reading it out loud. Rhythm is important. Rhymes, if used, stand out and should, therefore, always be intentional. A word with more than one meaning depending on how it is pronounced – he gave ‘bow’ as an example – can cause confusion in the mind of the reader. Alan also heavily discouraged the use of similes.

There were more than a dozen entries to the competition this time around and Alan commented on each poem individually before announcing the results. With so many different themes and styles to choose from, his task had been a difficult one, but he awarded the trophy to Cathy Grimmer for Kazakhstan Wedding, a colourful and moving account of a stolen bride’s forced transition from childhood to womanhood. Caroline Slator took second place with He’s Gone and David McAndrew came third with Golden Wedding.

There was time to listen to all the entries before we broke for refreshments, after which Alan was invited to read a selection of his own poems and Jan expressed thanks from the Chair on behalf of the Group.