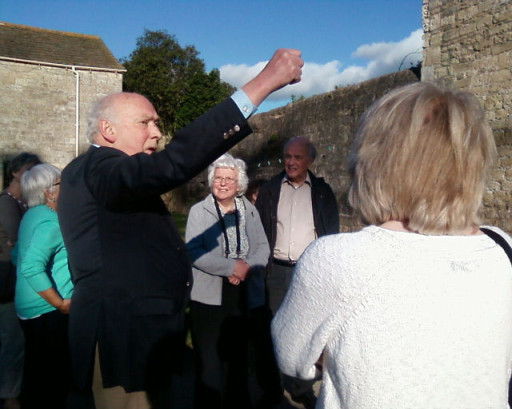 For our outing this year, we decided to visit a jewel virtually on our own doorstep. Only three miles south of Ripon on the A61 (but invisible from it) lies Markenfield Hall, a rare example of a completely moated medieval manor house. Built in 1310, it has an extraordinary history and is now the home of Lady Deirdre Curteis and her husband, director, playwright and screenwriter Ian Curteis. Famous for his scripts for popular series such as Doomwatch, Crown Court, Hadleigh and The Onedin Line, Ian is even better known for his political dramas and his tussles with the BBC, particularly over The Falklands Play. At 78, he shows no sign of slowing down. 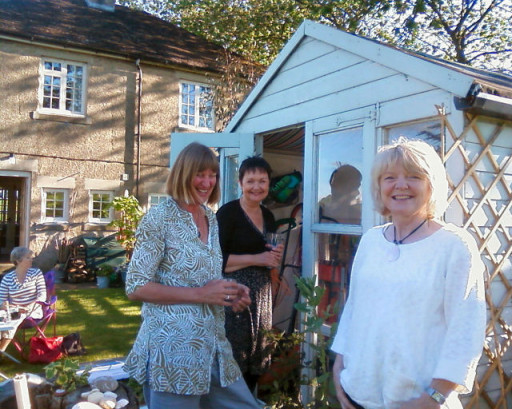 The inspiration for this event came from our Vice Chair, Lindsay, one of whose friends lives in a cottage on the estate. As well as arranging for Mr Curteis to give us a guided tour of the Hall and a talk about his long and distinguished writing career, Julia was kind enough to allow us to picnic in her garden beforehand, to the complete bemusement of the cattle in the fields beyond. For once, the weather was on our side and we had a glorious evening.